The seemingly megalomaniac logic of Under Magnitude resembles the microscopic fibrous growth structures of fungi. Paying homage to Frei Otto’s tensile membranes, the designers pushed the material thinness of the sculpture’s walls to a mere 1 mm. This was achievable firstly because it was sheltered indoors from acts of god, but also by the formed computational mesh which gives primacy to strength in the geometry over the material. In essence, it is network of uber thin shells riveted together in a “shingle” approach to form continuous closed-sections. Rationalizing components at the minute scale allowed for the appearance of insanity in the generated form. The entire installation is suspended off existing structural columns. It was brought to site in segments and assembled together on the floor of the convention center before the whole thing was hoisted into place. 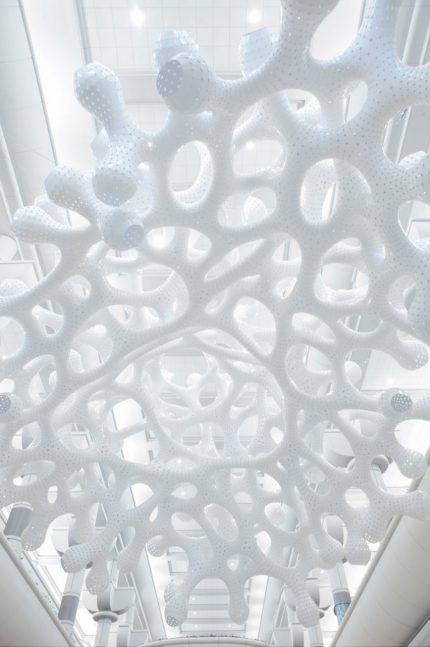 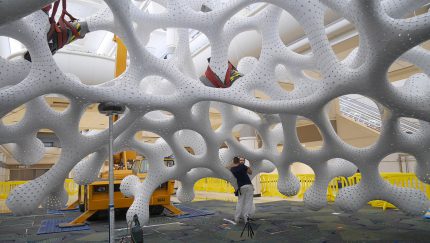