Gucci Beverly Hills has a unique tiling scheme that creates the effect of a 3D illusion. Laufs ED worked with the designers to create a marble tiling pattern that was structurally sound. designing at the detail-scale a custom system, allowing for large facade openings, and seamlessly joining the different components together. 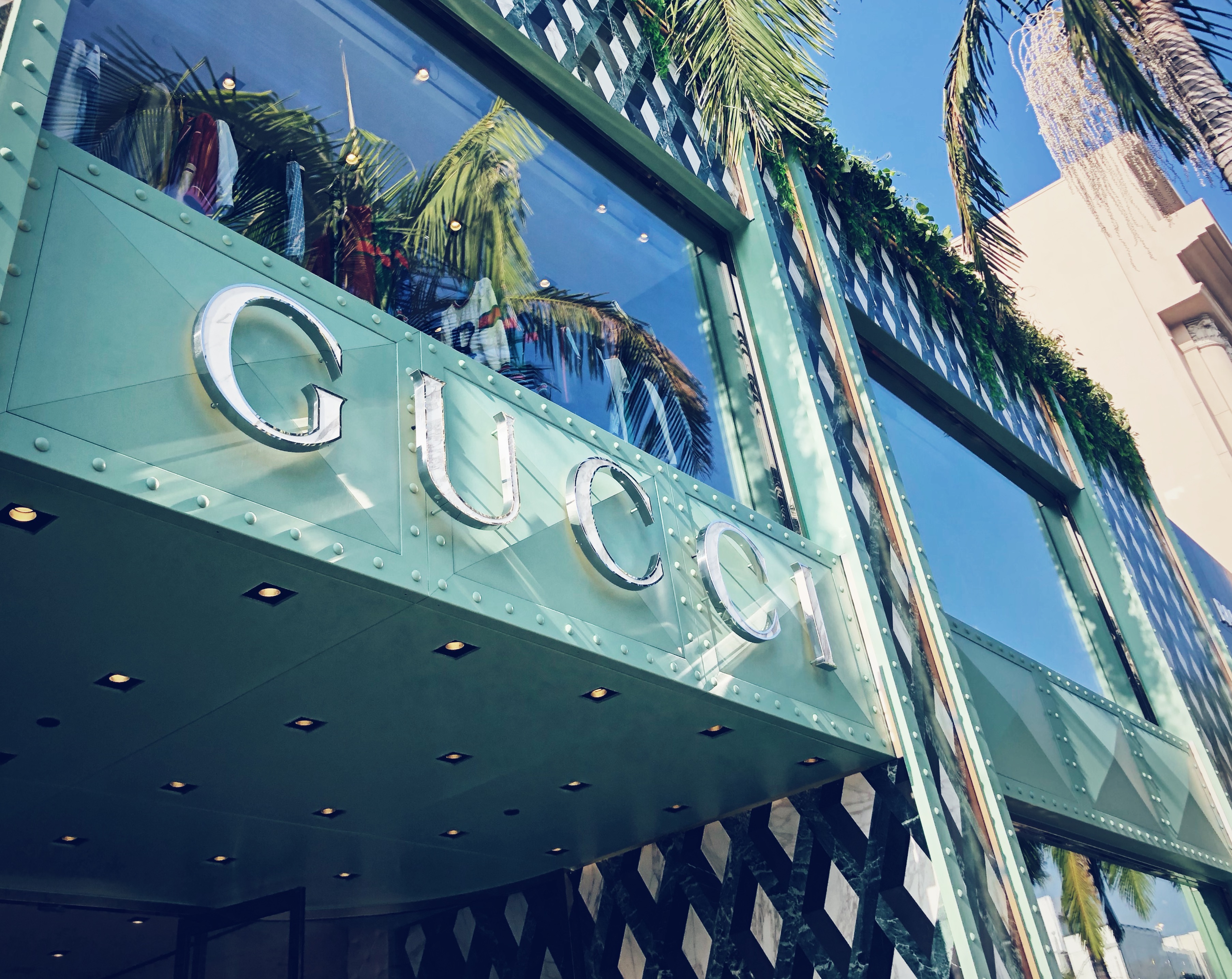 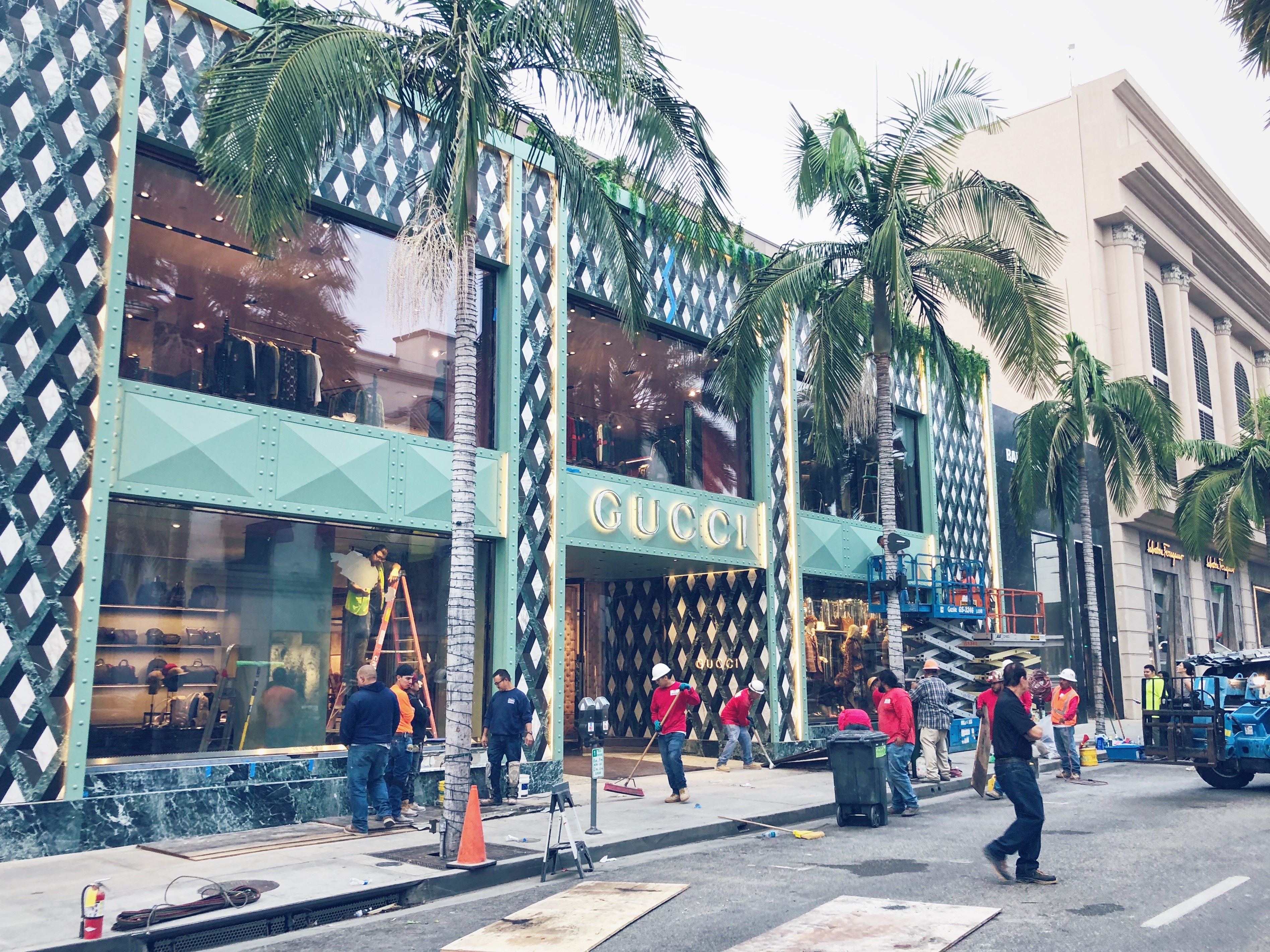