Terra cotta perfectly represents the historical narrative of SoHo New York’s reversal: a material whose modern success arose from its capacity for industrial production, and instead having it made by craftsman for an era of boutiques. Our contributions to the project included engineering a parametric sub-frame system to host these terra cotta tiles, coordinate their material testing, and developing a new rainscreen facade to allow light to pour into the building from top to bottom. 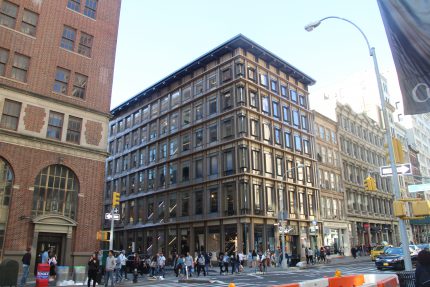